Thrown into a small battle arena with a squad of other deadly knights, you’ll have to slay them with throwing axes and survive as long as possible if you want to get out alive! With action packed, fast-paced gameplay and brutal combat, AXE IO will have you on the edge of your seat!
Download APK
3.7/5 Votes: 5,780
Report
Developer
Crescent Moon GamesVersion
1.6.3
Updated
August 20, 2018Requirements
4.1 and up
Size
76MGet it on 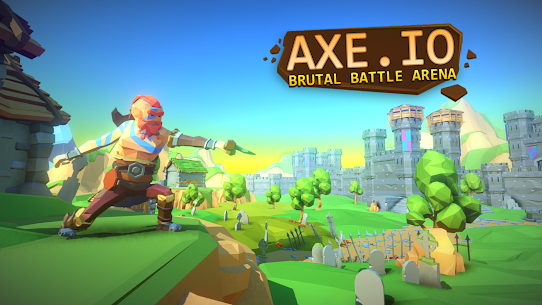 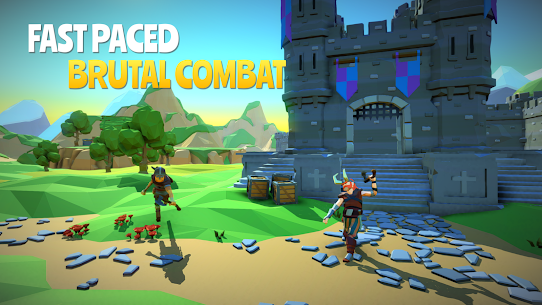 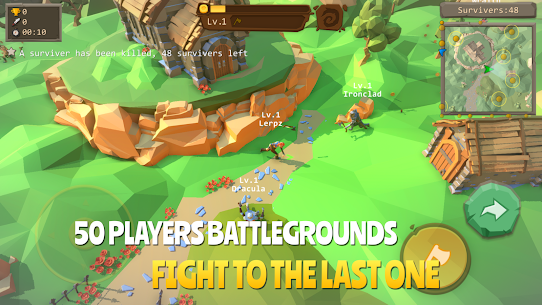 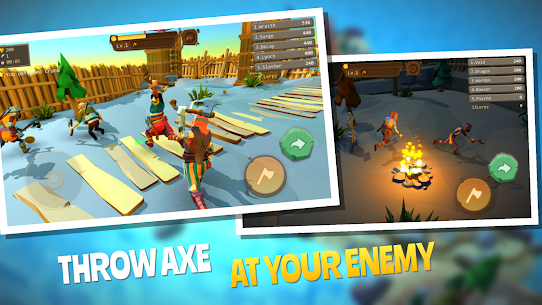 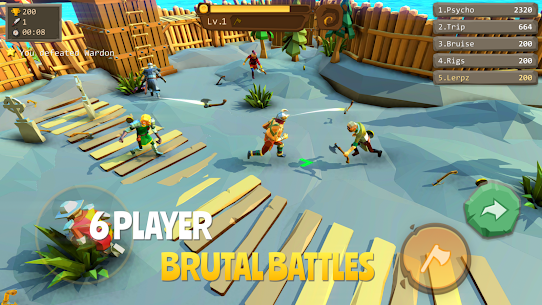 Thrown into a small battle arena with a squad of other deadly knights, you’ll have to slay them with throwing axes and survive as long as possible if you want to get out alive! With action packed, fast-paced gameplay and brutal combat, AXE IO will have you on the edge of your seat!

CRACK THE SKULLS OF ENEMY WARRIORS!
The controls are easy to master so you can focus more on the important stuff – killing your enemy warriors! Use your left thumb as a joystick to move your character around the battle arena. Aim your throw by making sure the green arrow is pointing towards your enemy and click throw to send a throwing axe hurtling towards your enemy – cracking their skull and killing them in the process.

Want to chat about Axe.io? Join our Discord server:
https://discord.gg/gVpfNm

FIND AN AXE, PICK IT UP. ALL DAY LONG YOU’LL HAVE GOOD LUCK. UNLESS YOU DIE.
Once you throw an axe – whether you kill your enemy or miss (oops) – you’ll have to pick another one up before you can throw it again. Just run over an axe on the ground to pick it up automatically. Watch your back as throwing axes are flying everywhere! If you die, you collect your rewards and start again from level 1.

THE LONGER YOU SURVIVE. THE BETTER YOU CAN KILL.
When you kill an enemy in the battle arena, they’ll drop gold coins. Steal these coins to earn EXP and level your warrior up. The higher the level, the more throwing axes you can carry at one time. You’ll also get a short burst of berserker rage where you can throw unlimited axes at a rapid pace. Don’t stop throwing!

• Simple touch controls for fluid movement & easy aiming
• Throw deadly throwing axes to kill enemies from range
• … Or from up close!
• Level up your warriors to carry more axes
• Berserker rage lets you throw axes at superhuman speeds
• Play as 16 warriors in the battle arena; Warlord, Dark Knight, Thief, Raider, Hunter and more!
• Battle & brawl in a variety of combat arenas
• Fast-paced gameplay and seamless combat mechanics
• Compete for a place on the global leader board
• Battle endlessly in the arena, the enemies just keep on coming!

This super addictive, incredibly intense game will have you hooked! Whether you have two minutes to spare or twenty, there’s always time to join in the fun and crack a few skulls in AXE.IO!

Improved the should view camera, you can aim and turn around by swiping on the screen;
Improved the gameplay of multiplayer game modes, adjusted the loot spawn for a more competitive match;
The reward for killing a high level opponent is increased;
Fixed the bug when interstitial ads is played the game will freeze;
Interstital ads will be disabled for players who have purchased any diamond pack.

The Deer God Varies with device Crescent Moon Games May 19, 2020