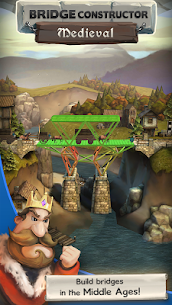 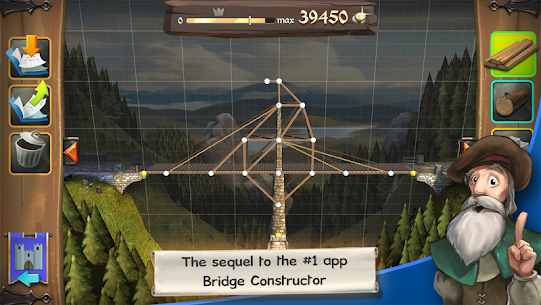 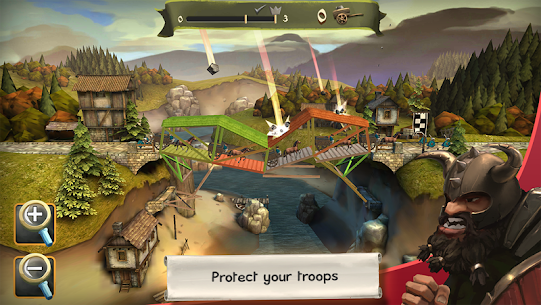 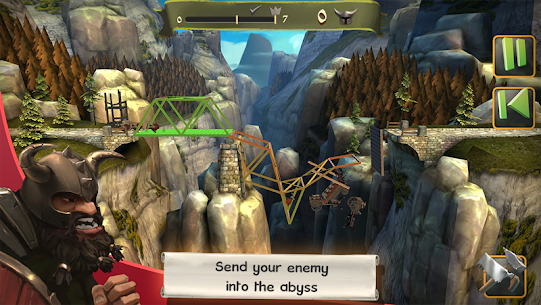 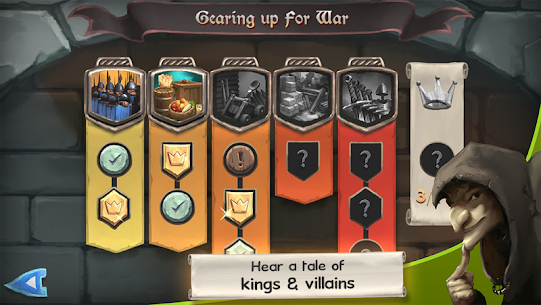 Bridge Constructor Medieval MOD is another version of the bridge construction simulator, a continuation of  Bridge Constructor , this time you have to build various bridges in the medieval era, unlike the first part, in the continuation the developers diversified the gameplay with the presence of a plot, your task will be to build reliable bridges, follow timely supply of your cities, using fortified structures for the transfer of troops, your buildings will be bombarded from cannons. Among other things, a variety of game modes have been added, for example, you need to build a dilapidated bridge in order for it to collapse under the enemy army. Excellent graphics and the presence of the Russian language, complements the pleasant impression of the game.