In Castle Craft, the real-time PVP strategy game, it is your skills that decide the outcome of a battle.
New
Download APK
4.1/5 Votes: 4,430
Report
Developer
RisingWingsVersion
1.1.10
Updated
September 29, 2021Requirements
5.1 and up
Size
73MGet it on 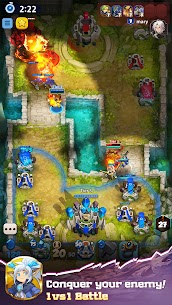 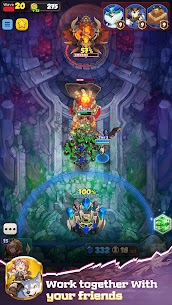 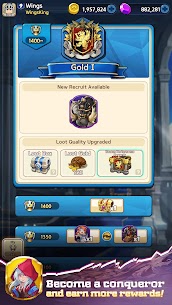 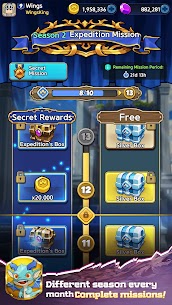 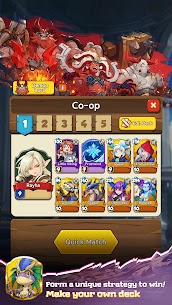 Vertical orientation
An interesting online strategy in which you can take part in epic battles in a small arena. The opponent’s towers and yours will be located on the playing field, and each will have a castle at its disposal. In the castle, combat units are produced, over time you will be able to pump its characteristics and unlock more powerful fighters, and the towers will play the role, as usual, of defensive structures that will help you hold back the opponent’s army, preventing him from capturing your castle.

Conquering territories
The challenges will be divided into seasons, in each of which you have to win battles and conquer different territories, thus expanding their influence and gaining more and more territories on the map. You can also join a guild and join forces with other players from all over the world, as well as jointly participate in various game events. For victories, you will be able to receive significant rewards, thanks to which you will be able to pump the characteristics of your characters, discover new combinations of attacks and use them in battle.