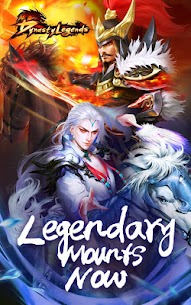 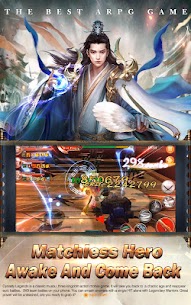 Dynasty Legends-Awakening
Warm blood surging! This is an Epic battle!
The most Dramatic 3D ARPG Game with the background story of Three Kingdoms Period!
Let’s urged the mount forward and Rule the world!

Brand new Mount system: Embark on the road with your mount!
Heroes need their own mount to go further, assault the formation and kill the enemies! Players could make their mount become more powerful by star raising, upgrading, activating the emblems and training. SIX main skills of the mounts could protect and fight for you on the field.
From a colt to a war-horse, it must be a difficult road, are you ready for this?

New dungeon called Great Expanse in Trial Grounds.
SIX different levels of difficulties for the Great Expanse dungeon, with a maximum of 3 times entering chance. Beat as much as possible enemies to get more forages.