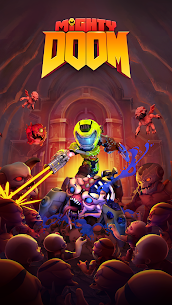 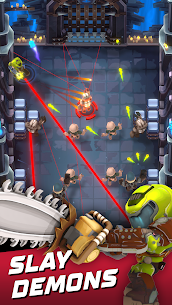 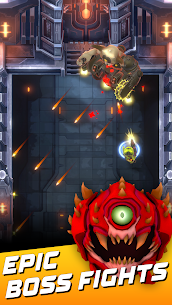 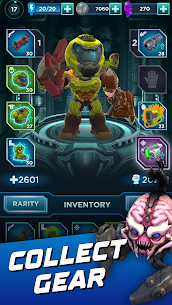 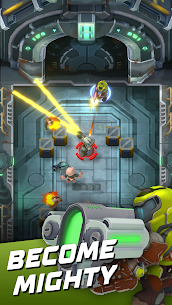 Descend into iconic DOOM worlds in this single-touch shooter with an animated style. Run and gun through hundreds of exciting levels and battle challenging bosses as you level up, gain powerful skills, loot new gear, and upgrade legendary weapons.

SHOOT WITH A SINGLE TOUCH
– Use simple touch controls to dodge ranged enemies, keep melee demons at bay and go in for the Glory Kill.
– Challenging gameplay that’s easy to learn but takes great demon-slaying skill to master.

SLAY EVIL IN EVERY LEVEL
– Shoot em up through miniature versions of iconic DOOM locations.
– Fight through as many waves of pocket-sized demons as your battle-hardened heart desires.
– If you should fall, rise to fight again and push further through the enemy horde.

BECOME MIGHTY
– Level up your Mini Slayer and suit up for battle.
– Fuse equipment to upgrade and craft legendary gear.
– Unlock devastating abilities and insane combos as you conquer Hell’s armies.
– Upgrade and arm your slayer with iconic weapons like the Plasma Rifle and Rocket Launcher in the BFG (Best Free Game) on Android!

EPIC BOSS FIGHTS
– Boss fights push the action into overdrive.
– Battle bosses with their own unique attacks and strategies.
– Challenge classic DOOM bosses like the Baron of Hell, Hell Priest, Cyberdemon, and more.

Rip and tear anywhere when you become the Mini Slayer and conquer hundreds of challenging levels in Mighty DOOM.