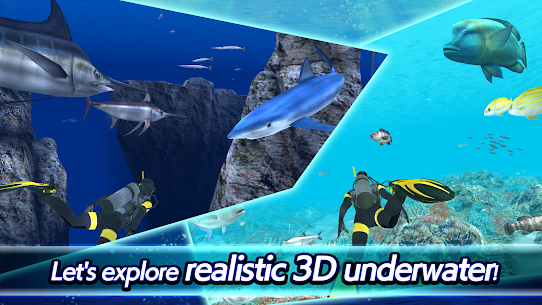 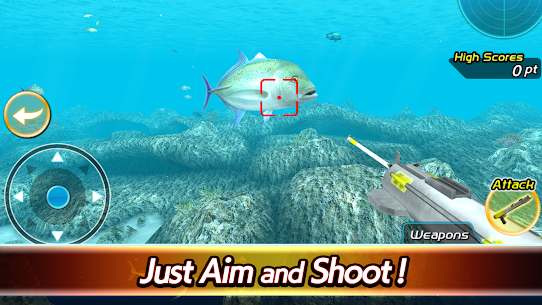 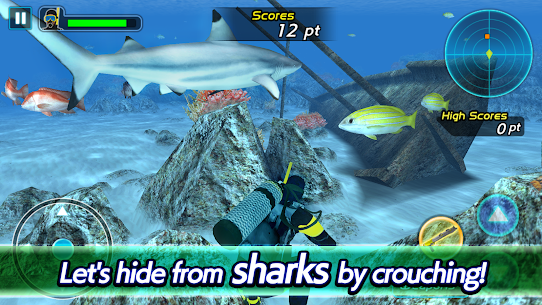 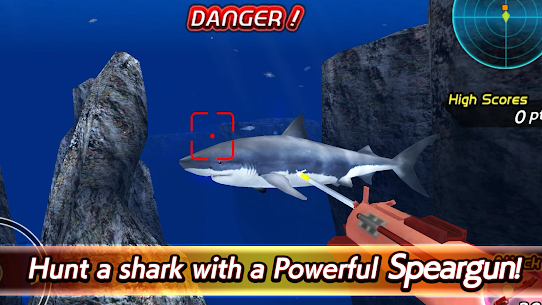 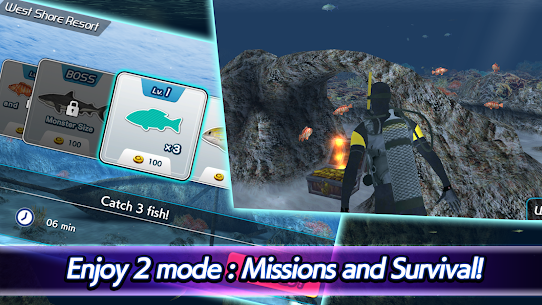 SURVIVE IN SURVIVAL MODE
Your energy decreases based on time passed and shark attack.
Let’s fight against sharks while recovering your energy by catching fish.

BEWARE OF SHARK ATTACK
Sharks may attack you.
Let’s defeat them with a powerful speargun.

FREELY SWIM 5 DIFFERENT & BEAUTIFUL LOCATIONS
In each area, tropical fish such as Napoleon fish and Batfish, as well as Blue Marlin
and Bluefin tuna, even ferocious fish such as Great White Shark are waiting for you.

**This game is only compatible with devices running on Android 4.0 or later.*